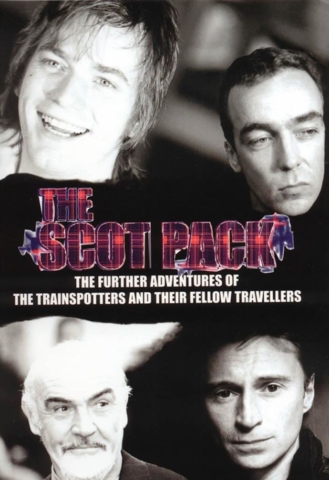 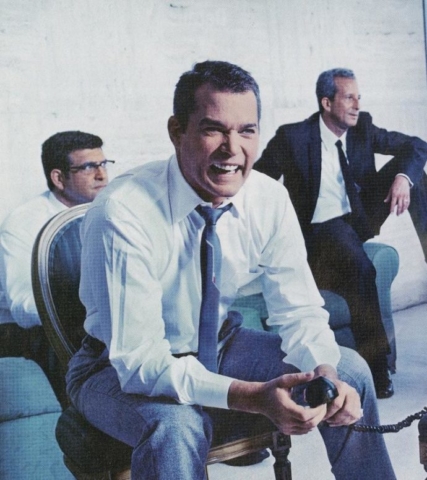 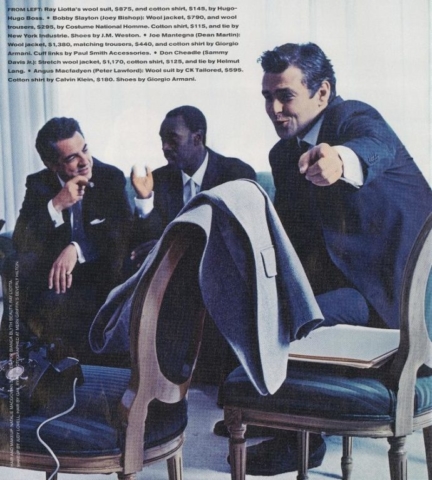 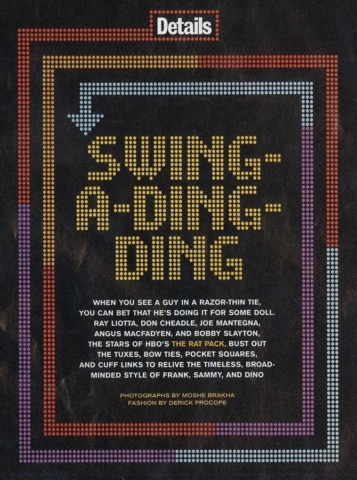 Everyone from old-line stars like Al Pacino and Jessica Lange to new sensations like Jude Law and Maggie Gyllenhaal took over the Chateau Marmont last night and partied with HBO.

Ironically, The Hotel Chateau Marmont in Hollywood has always been thought of as cursed. Built into the side of a hill and looking like a Spanish castle, the hotel is lodged in the minds of many as the place where John Belushi died among its various scandals.

On Friday, famed photographer Helmut Newton added to the lore when he died of a heart attack as he piloted his Cadillac out the front driveway and slammed into the retaining wall a few feet ahead of the exit. The chain link fence there is now dotted with memorial flowers left by fans, and the red stop sign perched high atop a pole is tilted back from the impact of Newton’s accident.

But on Saturday night, the curse was lifted, at least momentarily, as movie stars – barely giving a backward glance toward the trouble of a day earlier – gathered for HBO’s annual pre-Golden Globe party. The event was presided over by the cable studio’s recently-knighted impresario Colin Callender and his beautiful wife, Elizabeth. (“I was with Mick Jagger at the ceremony,” Callender said of being knighted. “He was very lovely about it.” Even Keith Richards might approve.)

And what began as a huge, sprawling event that featured Melanie Griffith and Antonio Banderas, Pacino, Lange and Jacqueline Bisset grazing in the garden area, wound up as a wildly heady intimate party in the Chateau’s almost never used dining room. The space, at best only 20 feet by 20 feet, has its own haunted feel. In two decades, I’ve never actually seen anyone eat dinner in what was always a drab blue square dotted with uninviting tables. But the hotel’s owner, New Yorker Andre Balazs, has done a couple of things recently: He’s spiffed up the room and started dating, most publicly, Golden Globe nominated actress Uma Thurman. The combination was like a clarion call.

By midnight Saturday rolling into Sunday morning, nominees “Cold Mountain’s” Law and “Mystic River’s” Tim Robbins were deep in conversation about the movies. Law, wearing a trim off-white suit, balanced his girlfriend, 21-year-old actress Sienna Miller, a petite blonde with a hearty laugh, on his lap. (The pair met while filming the remake of “Alfie,” due out later this year.)

Robbins’s wife, actress Susan Sarandon, sat facing them, and to got know actor Angus MacFadyen (“The Rat Pack”). Pacino drifted through with his 14 year old daughter, Julie, while British actor Tom Wilkinson, looking spiffy in a soft shouldered designer jacket, chatted with Lange and other fans and friends.

Earlier, in the garden, already working to keep the Chateau curse at bay, Banderas and the much altered looking Griffith waved to Kim Cattrall, of “Sex and the City,” and her colleague Kristin Davis. The actor Josh Charles, fresh from “SWAT” and the really good, but now cancelled TV show “Sports Night,” was there while original supermodel Janice Dickinson whooped it up with popular New York hair guru Edward Tricomi.

“About Schmidt” director Alexander Payne and his wife, actress Sandra Oh, lolled around the small lobby, crushed into an area where new couple of the moment, hot young actors Peter Sarsgaard and Maggie Gyllenhaal, recounted stories of judging the films at the Sundance festival.

All this time, there was vague talk of a party producer Mike Medavoy and publicity minded magazine Vanity Fair were having somewhere, but no one seemed to know much about it. “Who could be there?” someone said. “Everyone’s here.”

Somewhere else, manager Benny Medina was celebrating the reclaiming of Jennifer Lopez from Ben Affleck – fiscally, not romantically – at a birthday party he threw for himself. Medina, Affleck’s rival for Lopez’s real attentions – booty, not bootie, if you know what I mean – has scored a Pyhhric victory, at best, and one of limited interest at best.

But back to the Chateau, where “Kill Bill” director Quentin Tarantino blew into the room, devoured Thurman and Balazs, and then took up his own corner in the dining room with several beautiful young women listening like rapt film students as he launched into one of his beautiful, loud gesticulations on all subjects.

“In America” director Jim Sheridan, looking dazed from all the attention (even after making “My Left Foot,” “In the Name of the Father” and “The Boxer”), talked about his next movie. “It’s really about America!” he declared.

Luckily, there’s no smoking ban in Los Angeles because the wafting of white swirls gave the room the feel of an old New Yorker illustration or a William Hamilton cartoon depicting the crowd from a distant, boozy night. It was the kind of party where Inga, a blonde Tricomi hairdresser, felt comfortable enough to approach Pacino.

“I can do ‘Scarface,'” she told him, and launched into an imitation of Tony Montana for Pacino who was even more wide-eyed than usual seeing a young woman channel his violent and profane former character. It didn’t hurt that Pacino – who seemed to be enjoying his status as a nominee for HBO’s “Angels in America” – was turned out like a wild version of Shylock, the Shakespeare character he’s currently filming, with his long gray hair tied into a pony tail and baggy clothes flowing in every direction.

But there’s no question, as we surveyed the room and saw Colin Callender presiding over his kingdom (14 Golden Globe nominations for HBO), that Jude Law is the real star of the future. If he gets his Oscar nomination for “Cold Mountain” on Tuesday, and he very well may, Law will be on his way to a long, serious career as the big movie star/serious actor of this decade. He may replace Tom Hanks, Tom Cruise and Cary Grant as a double threat in comedy and drama. Almost done with a tricky divorce scandal from Sadie Frost, Law handled himself with aplomb.

“Did you see me with Sarah?” he said, referring to the Duchess of York, who he’d run into earlier at a low-key tea for the British Academy Awards. “I couldn’t get away from her! Me and Fergie!” he said, with a laugh and a wink.

And so it’s off to the Golden Globes next, and whatever may come after, including parties thrown by New Line, Miramax, Universal, HBO, InStyle magazine and Access Hollywood partnering with Target stores (I don’t know what that’s all about). And even later tonight, after parties galore, with Creative Artists’ Agency once again taking over the Chaya Brasserie for what should be the A-list capper of the night.